Plug the USB connector into the USB port of the PS4 / PS3. For the first time, press the Home button once according to the instructions and it begins to serve.

Plug the USB connector into the USB port of your computer. For the first time, it takes about 20-30 s to install the driver automatically. After the successful installation, it starts to serve.

Connect an OTG adapter (Not Included) to the USB connector. Then, plug the OTG adapter into the port of your Android device. And it begins to serve.

1) This 3 in 1 Mpow Wired Game Controller works with PS4, PS3, Windows, Vista, TV box, and Android 4.0 or above cellphone/tablet, the device must fully support OTG function. (OTG adapter Not Included)

1) A, B, X, and Y buttons add LED lighting, which is more fashionable, and you don’t need to worry about pressing the button by mistake in the dark.

2) The button light is designed to be bright but not dazzling, just illuminating one finger.
Dual Vibrators
1) Support the game vibrate function with 8 levels of intensity, if you encounter an attack or collision, you will get instant vibration feedback.
2) Different impact intensity and different intensity feedback can provide a more exquisite and rich game experience.
Creative Turbo
Customize turbo plus any button to free players’ fingers and destroy your enemies with a mere one press.
Audio Function
Equipped with a 3.5mm audio jack for headphones, bringing you an immersed gaming experience without interrupting your honey.
Functions
1. It supports 2 modes on PC games
A. Xinput Mode: The default mode is Xinput Mode (PC 360 Mode)with LED light stay blue.
B. DirectInput Mode: Long Press the “HOME” button for 5 seconds to switch the mode. And the LED light will stay Red.
2.Turbo Function
Press and hold a Motion button to activate the skill continuously. (After the successful setting, the LED light will flash when you press the Motion button. )
1. Setting Steps: Long press the “Turbo” button and any motion button for 2 seconds simultaneously, then release the “Turbo” button to complete the setting.
2. Cancel the Setting: Repeat the above steps to cancel the turbo function.
3. Backlight Setting of Motion Buttons
The default mode of the button backlight is always on. Press the “SHARE” and ‘A” buttons simultaneously to turn off/on the backlight.
For the first time, it takes about 20-30 s to install the driver automatically. After the successful installation, it starts to serve. 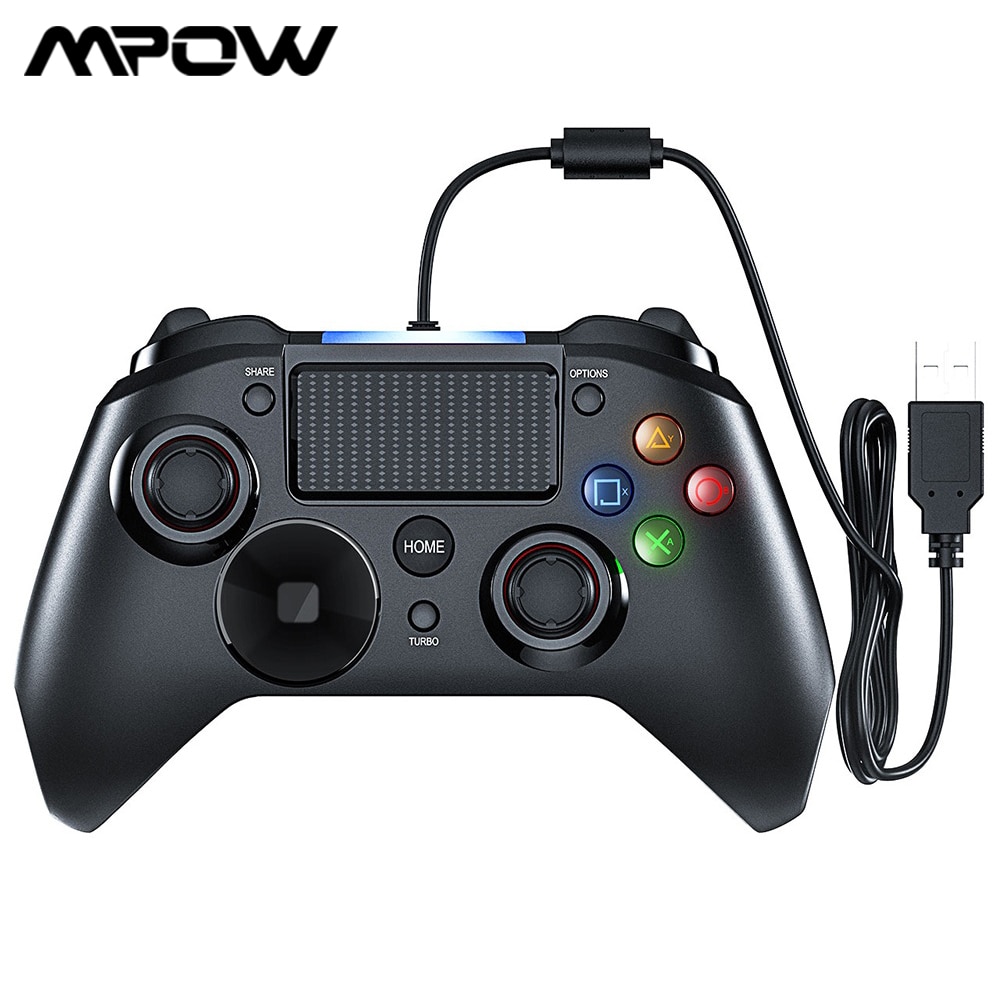 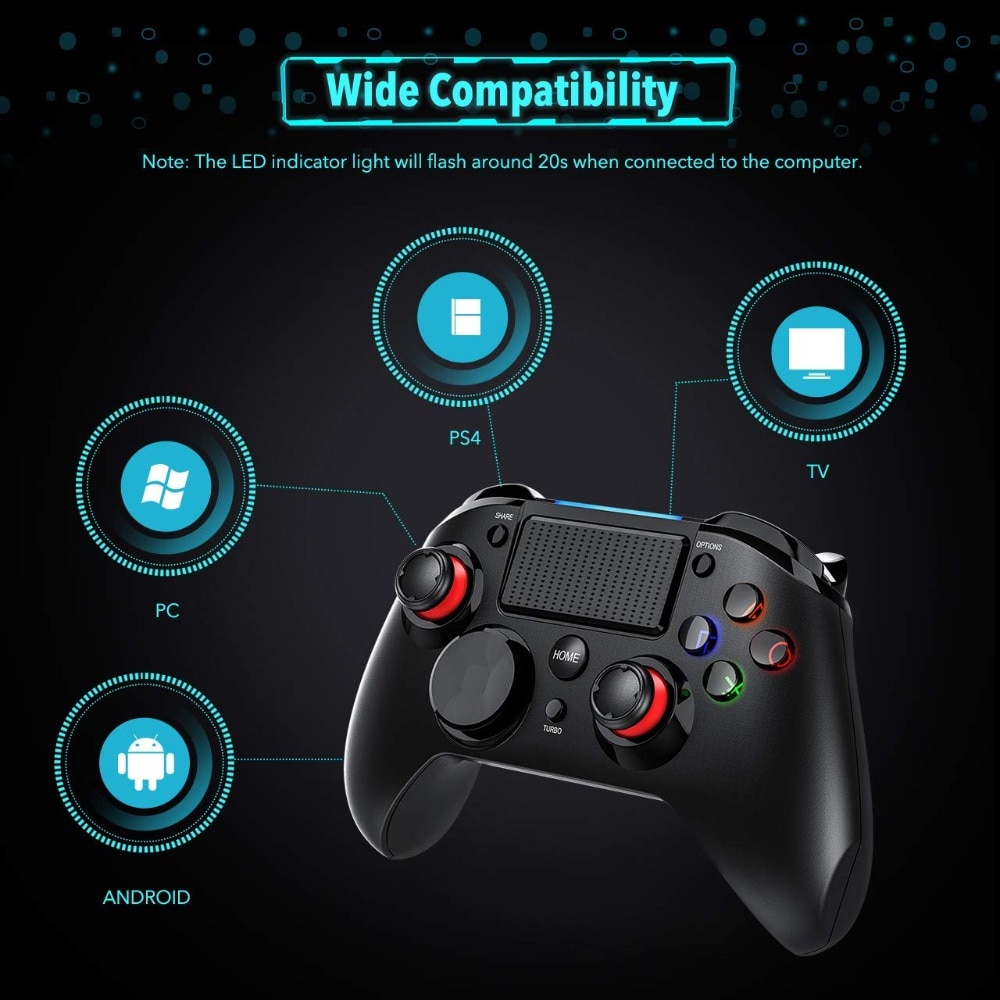 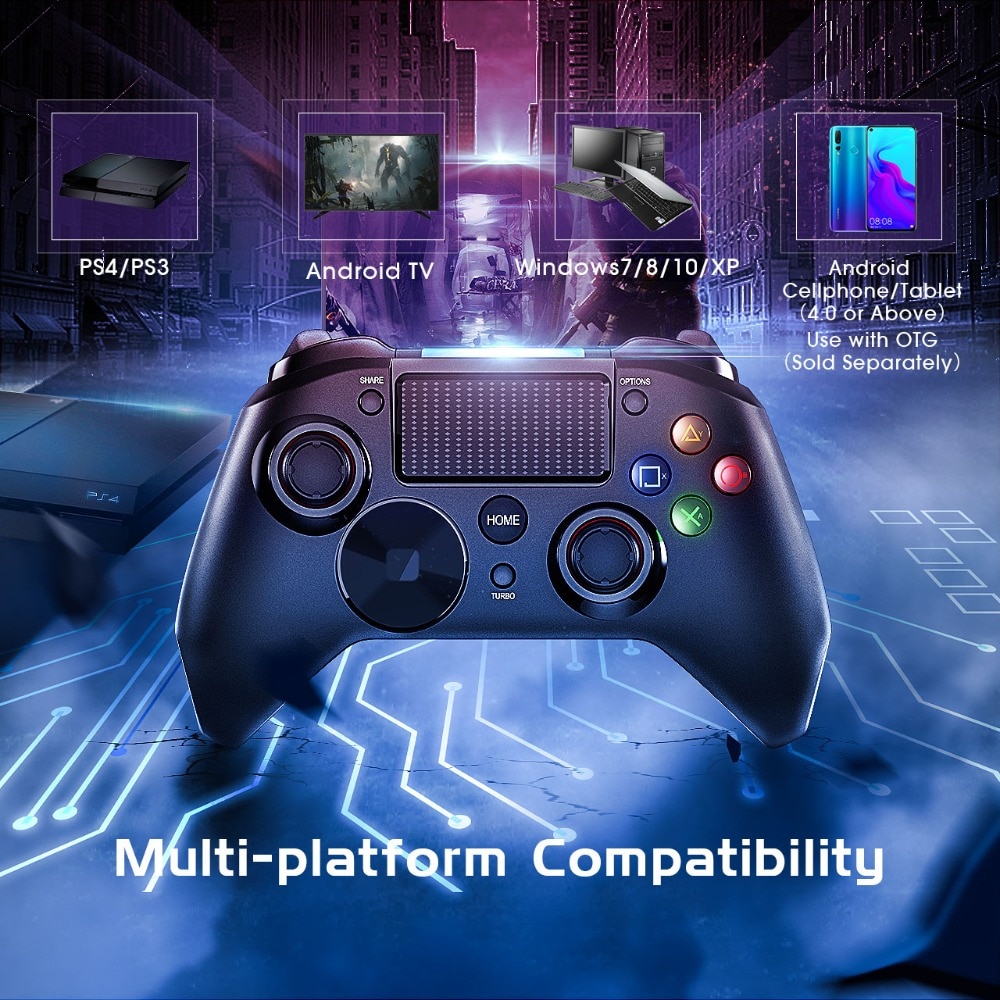 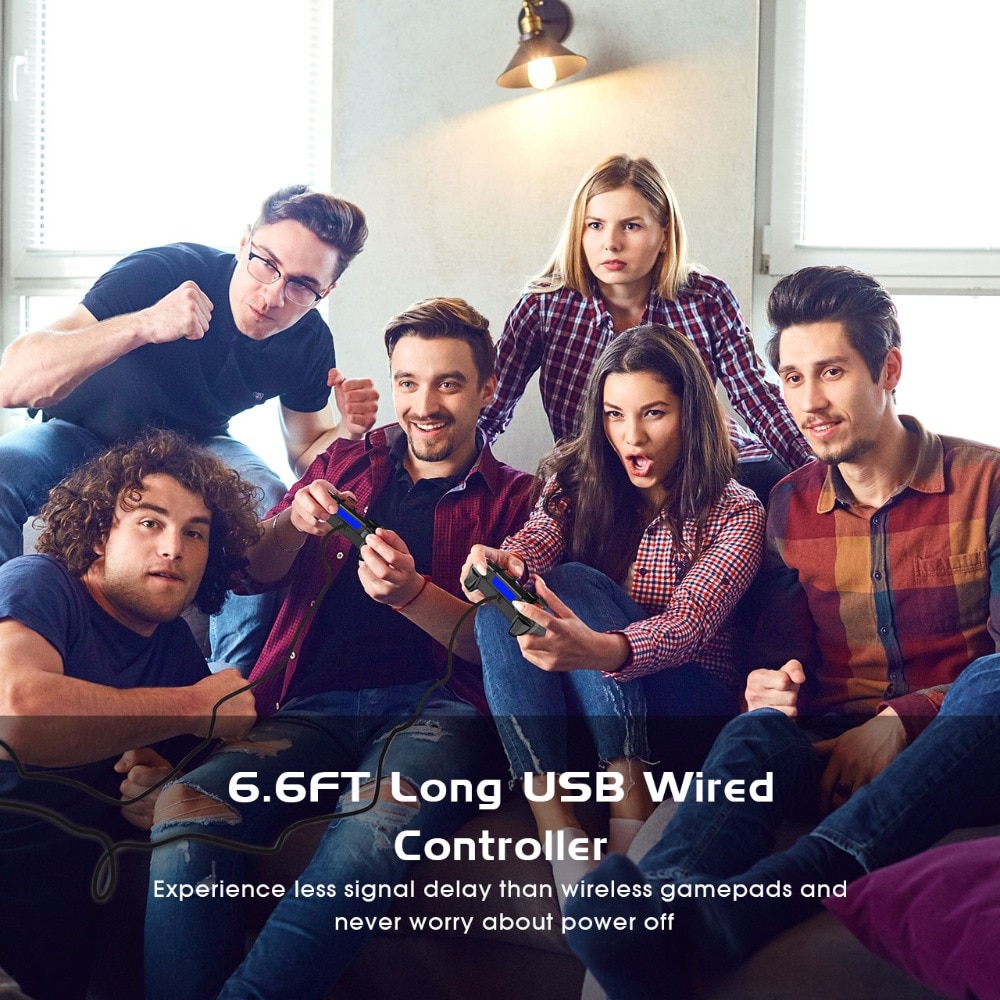 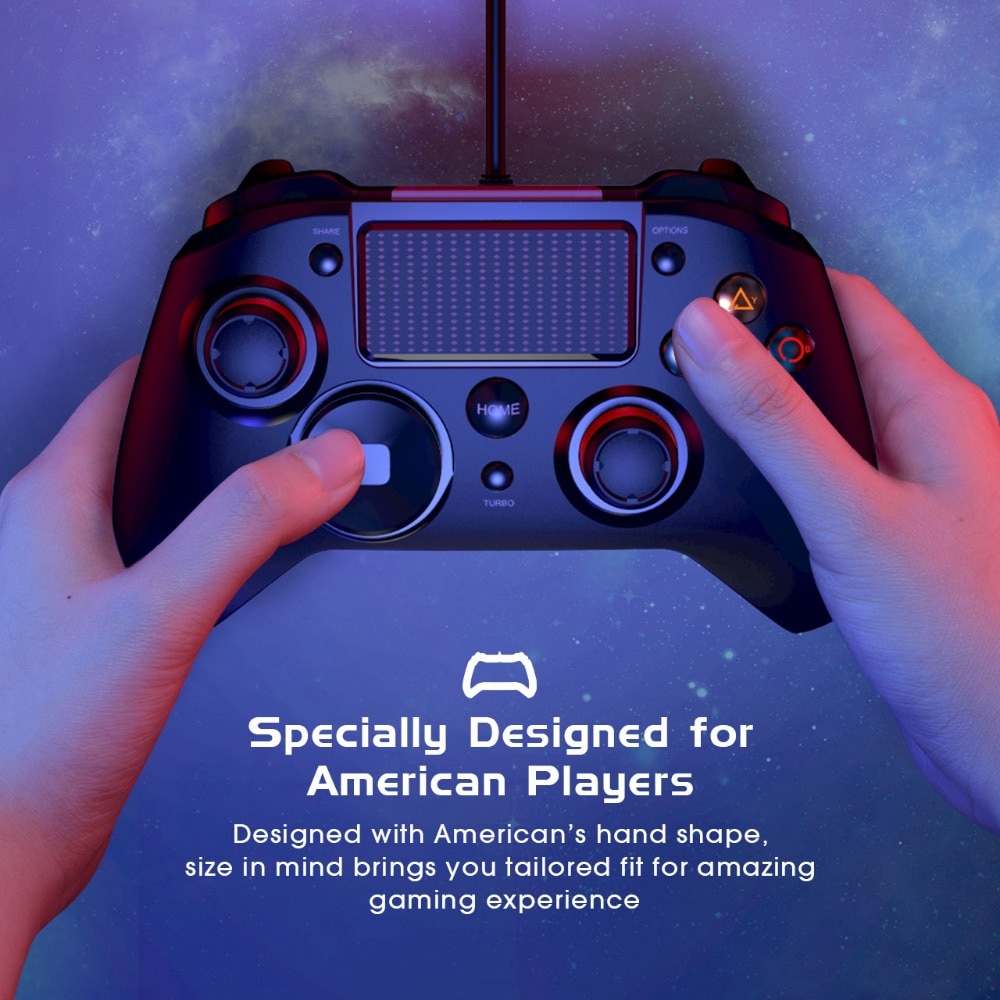 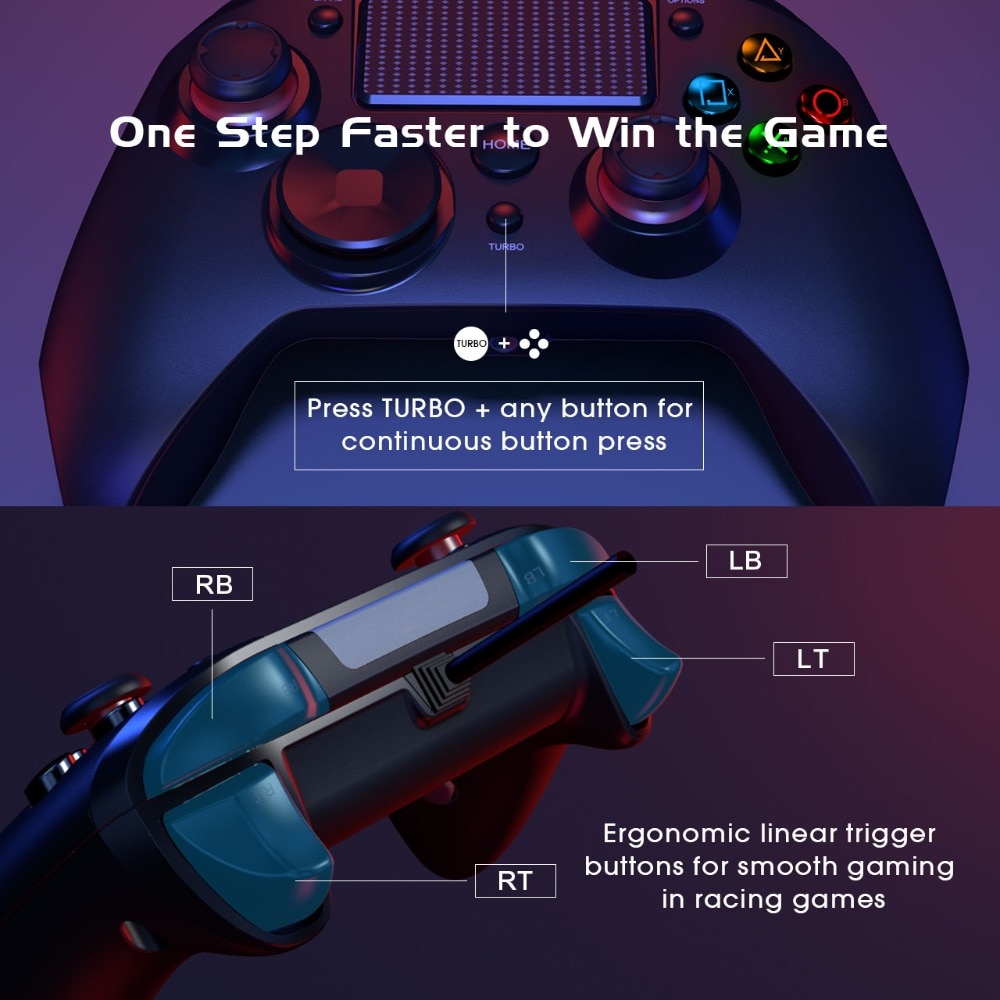 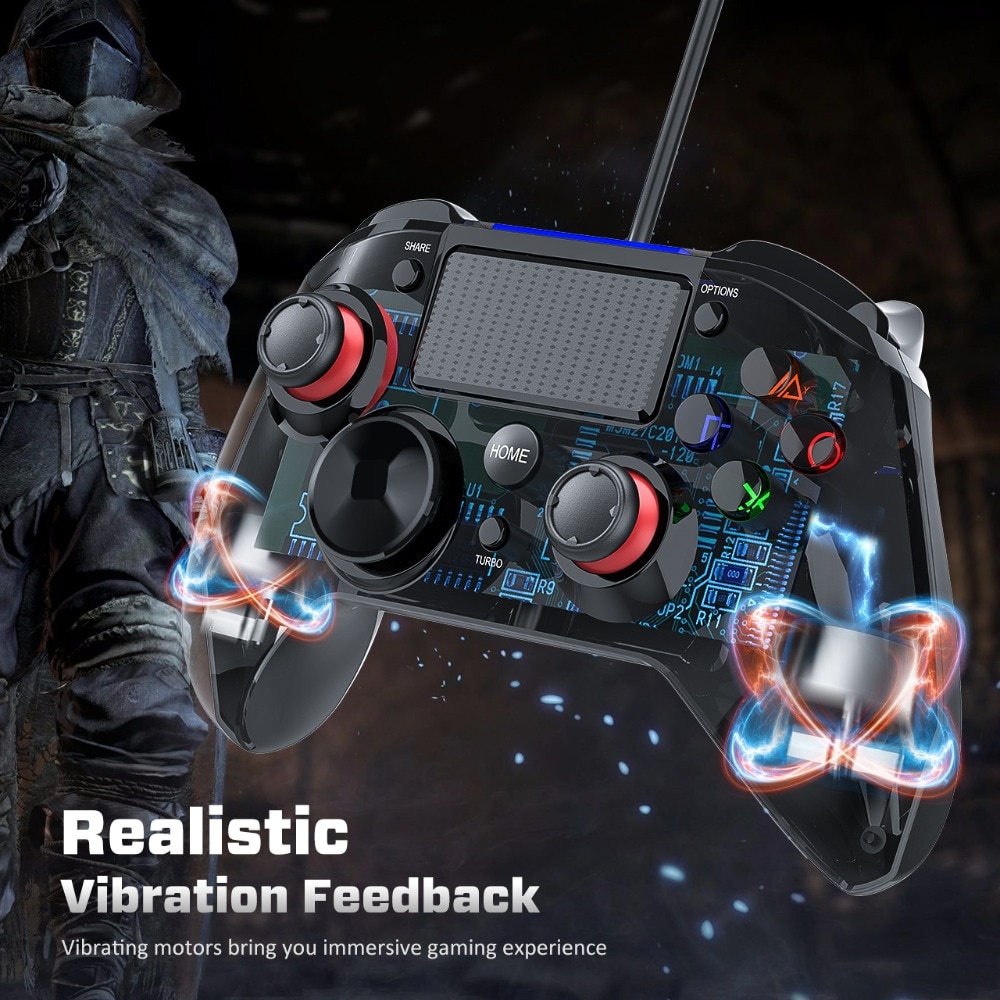 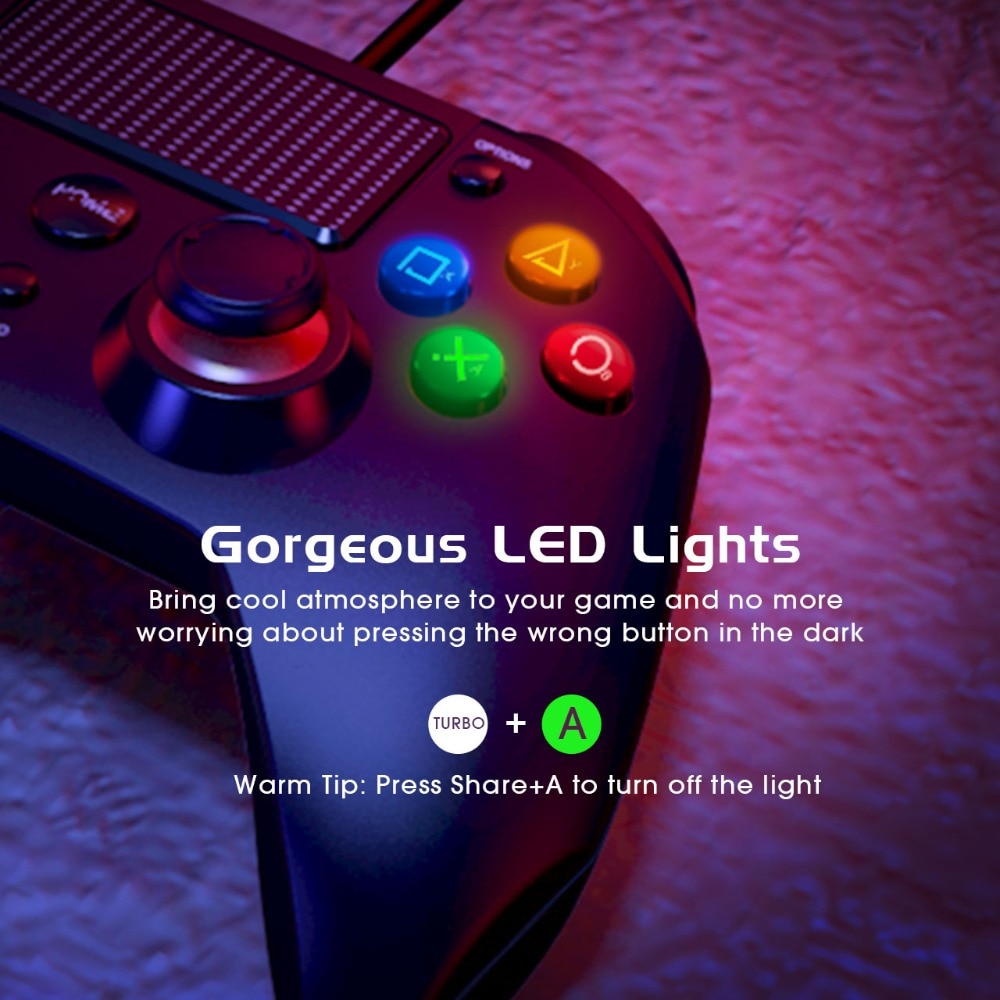 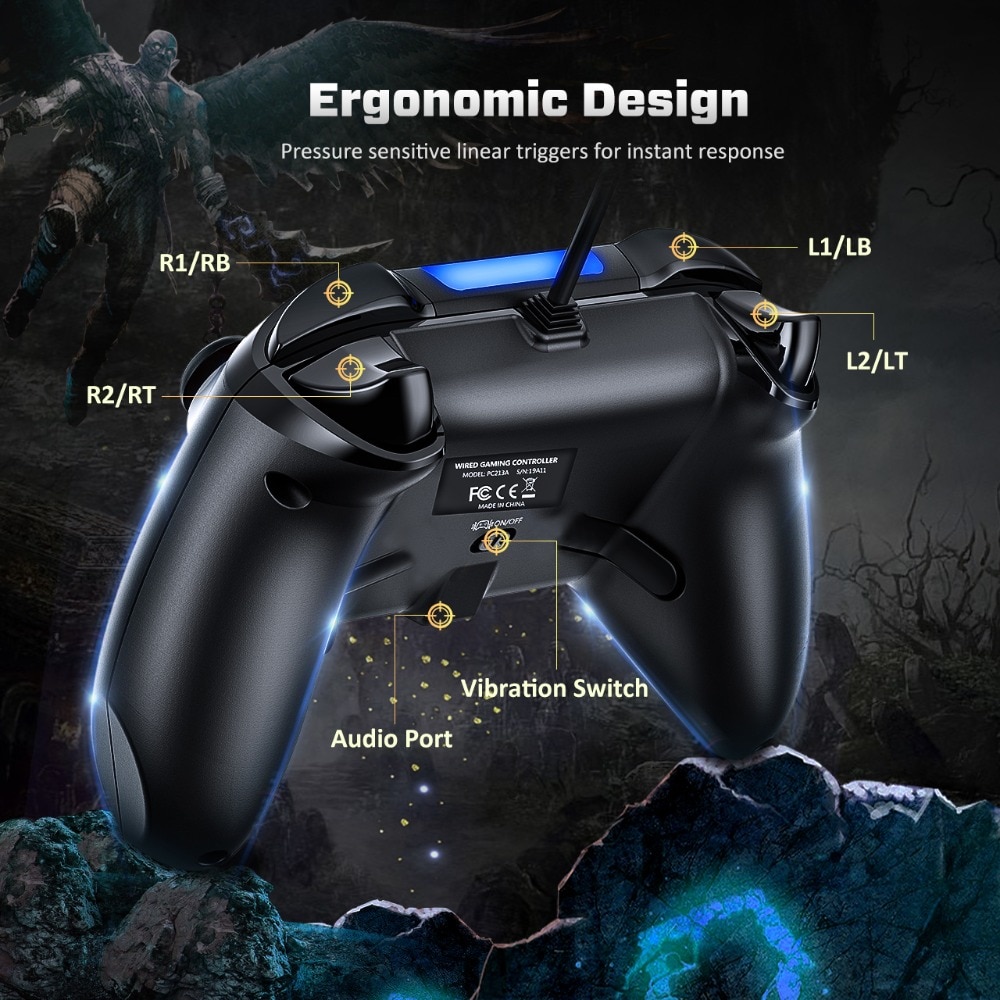 GET 15% OFF YOUR FIRST PRODUCT ORDER

ENTER YOUR EMAIL AND GET

Be the first to know about our exclusive items, New catalogs and special promotions.

Your  information is being used for our own marketing purposes. Our advertising Partner, NextRoll, Inc. performs a hash of your email address in order to serve targeted advertising to other devices connected to you (cross-device tracking). By submitting this form, you acknowledge NextRoll, Inc.’s hashing and cross-device activity. For more information, please see NextRoll’s Privacy Notice.